Genius Needs Money – How do you think Art gets created? 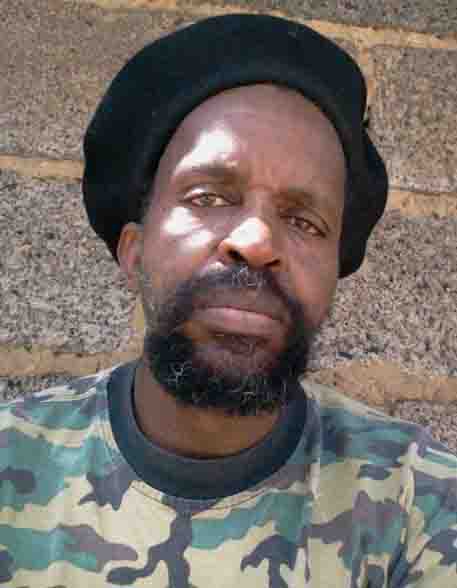 Zanele Mashinini is that rare thing – a township organic intellectual. He is also one of the funniest men in the southern hemisphere. A unique creative artist – fluent in words and images – Zanele is something of a role model for confused youth in Soweto.

When it was not fashionable for Soweto youngsters to
enrol for an arts education. He instead got himself a place in a community arts school. His linear drawings, his signature style to this day, catapulted him to stardom.

Zanele, taught youngsters fine arts in the townships of Soweto before the security branch got interested in him political activist's. Zanele's political satire linear art aptly titled "Free But Fucked" blew on his face. 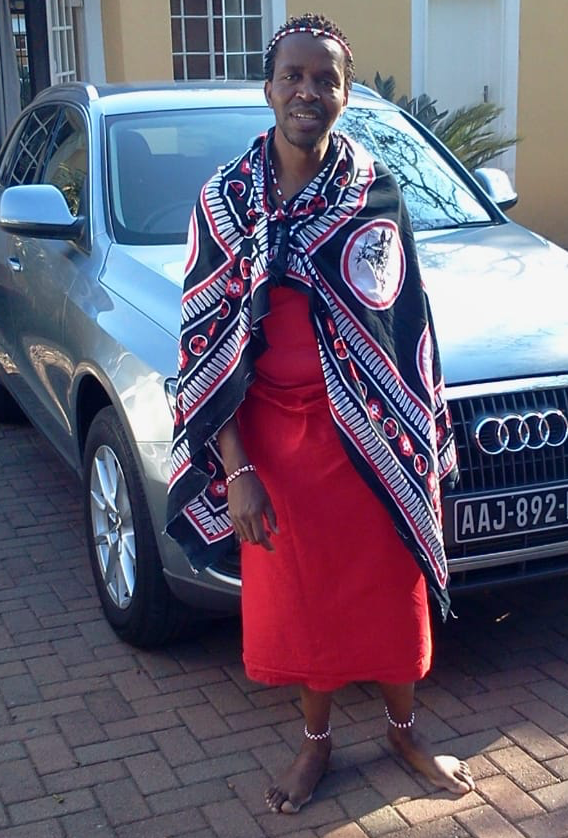 According to Mondri Mongra his friend from Mongolia, he says "Zanele whose non de plume was Jovianne Maikweianne stayed in Ulaanbaatar for several months and was unable to speak any of the local languages.

Mondri Mongra who still has some of Zanele's masterly creation was relieved to learn that his long lost friends was still alive. "Zanele just disappeared like a puff. We were asleep together in the same abode when Zanele took off. We spoke until the early hours that morning."

"Like in a sordid detective story. There were no bye byes. Zanele just disappeared. Knowing his limitations when it comes to negotiating his way around the City. I thought he had just gone around the cornet.

What counted against Zanele was his language deficiency. I thought there was no way Zanele could leave the country."

"What also made me unease was the fact that we have uncontrollable gangsters activities in out neighbourhood. I was alarmed when Zanele failed to come back home."

"The fact that there are miniscule Africans in this part of the world make me very nervous. In my head I thought it would be easy to locate Zanele. As it turned out I was very wrong."

"I scoured morgues, police stations, brothel and night club without any trace. I am so thrilled to learn that my friend has come back from the dead. How this chap left Mongolia is a unfathomable." remarked Mondri Mongra who look older than his actual age.

A visionary, Zanele is intricately connected to the spirit world but equally happy getting stuff for free. Carly Simon claimed that Warren Beatty was ‘where he should be all the time’ in her 1972 hit ‘You’re So Vain’. Zanele Mashinini is where he shouldn't be most of the time.

He has never flown a Lear Jet up to Nova Scotia nor has he seen a total eclipse of the sun but he has exhibited his art in Paris, Zurich and Barcelona. His writing has been published in South Africa’s most prestigious journals and he is often consulted on matters of national importance.

1988-1980 – Enters the Space Program at NASA in Florida. Passes all tests with flying colours and is selected for first Martian expedition – later cancelled due to lack of funds and popular unrest in the Fort Lauderdale area.  Mysterious disappearance of more than three tonnes of apples in the Deep South unexplained to this day.

Zanele Mashinini was born in Soweto on 2nd August 1962. He was the same age as Hector Pieterson on 16th June 1976. From a family of seven children – six boys and one girl – Zanele has continued the tradition by also having seven children – two boys and five girls.

1990-1991 – Opens small mountain cafe in Alegria, El Salvador, specialising in rare coffees and a full English breakfast. Later worshipped as a god by the local community – The Church Of Zanele incorporating mermaid love as a central tenet of its theology. Peace breaks out throughout Central America.

‘Mr Mashinini’ as he often called by friends and neighbours, is a paradox: he knows everyone but is misunderstood by most. Some see a sangoma, others a military veteran. His leadership skills are opaque, his IT technique extraordinary. A cartoon should be published daily in the newspapers: ‘Zanman’ – Hollywood movie versions to follow.

1992 – Recruited by a travelling circus in Phnom Penh, Cambodia where he snake-charmed, sat on the top of a pole in the jungle for weeks at a time and studied ancient healing charms. Writes classic South-East Asian one-act play investigating negativity, earache and tax fraud: ‘Ne’.

1993 – Returning to Europe, works as a male model on the Milan catwalk. Following a vision of ‘17 elephants dancing the tango’ retreats to a hut in Umbria where he lives on rare Italian cheeses and studies jujitsu and synchronised swimming. Records epic Wagnerian techno album under the pseudonym ‘Klaus 4’.

1994 – Ends decade of wandering by returning to Soweto for the 1994 democratic election. Get under employed, unemployed and unemployable. Depending on how you view Zanele has refused to be a victim of the circumstances. When we met with Zanele he was busy writing a biography of his late brother Minus Mashinini killed by known comrades.

Zanele still lives underground. He has no known address. No bank book and friends. He normally gets sanctuary at Zola where he will stay with one of the most illustrated struggle artist\illustrator Bra Mzwakhe Nhlabatsi. If not in Zola Soweto, he is in Walkerville in the South of Johannesburg Metropolitan away.

This reporter has learnt that Zanele has other crib across South Africa, Mozambique, Zambia and Lesotho. Zanele hopes to exhibit some of his art in a one man show. When asked what his future plan is: Zanele a serial isangoma says "The Ancestors will dictate"

Sanders has worked for the BBC, ABC News, News of the World, he has also travelled extensively across the world.

Muziwakhe Nhlabatsi
Muziwakhe Nhlabatsi b. 1954, Johannesburg, South Africa; lives in Johannesburg. Muziwakhe Nhlabatsi is a graphic artist and illustrator, best known for his representations of political themes, published in progressive media in the 1970s and 1980s. Flexible across drawing and print media, Nhlabatsi’s images have accompanied works by Es’kia Mphahlele, Chabani Manganyi and others, have appeared in texts by Black publishing House Skotaville, and have featured multiple times in anti-apartheid publication Staffrider. The artist currently runs a digital art studio in Soweto.